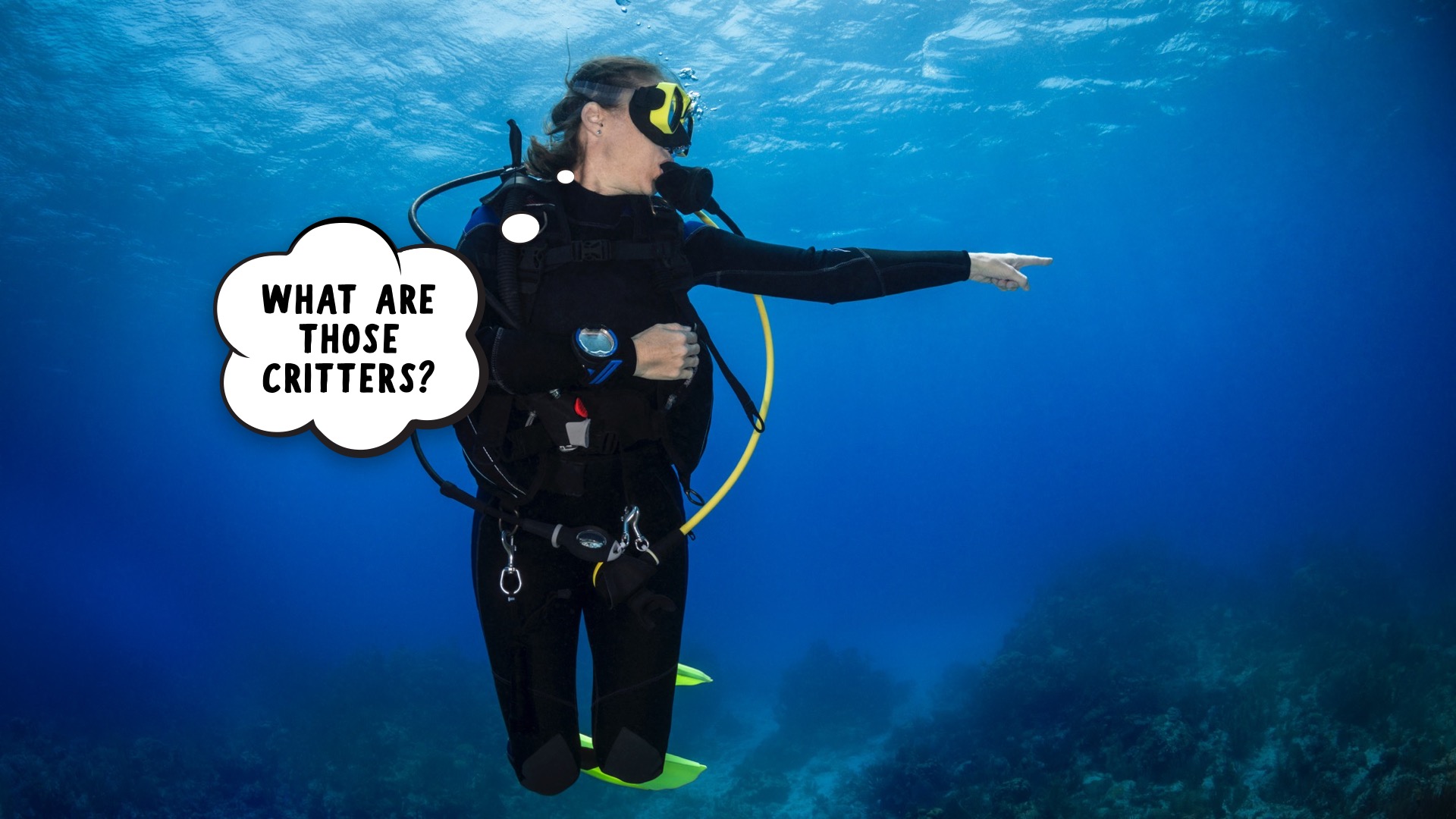 Vacuuming in the ocean was not on my personal to-do list when I set out for Bermuda. But, that was where my husband and I decided to embark upon another, “Why don’t you just…?” adventure.

We were scuba diving with a group of friends when I saw something intriguing in the water. I remembered seeing the same animal while I was diving in Indonesia: a lionfish. These striking, striped fish have venomous spines and are immediately recognizable. There was no mistaking it. But what was this one doing so far from home?

A Menace in the Atlantic

When we surfaced, we asked our host, “Why are there lionfish here?” That’s when we heard the story of how, in the ‘80s, someone in Florida released their aquarium fish into the Atlantic Ocean. Over the last few decades, these Atlantic-dwelling lionfish have become an apex predator, meaning they have no natural enemies. They are voracious eaters that gorge themselves on juvenile reef fish. In fact, they can eat up to the length of their whole body in just minutes.

They can decrease biomass on reefs by 80%, and they breed incessantly. To further complicate the problem, the lionfish population can’t be effectively controlled through fishing, trapping, or netting. In short, these descendants of pets are a menace to the ocean.

We wondered what could be done to stop the damage. We were on the boat after our lionfish encounter, enjoying some beer and sushi, when someone half-jokingly asked my husband, “Why don’t you just build a robot to solve the lionfish problem?”

“Why don’t you just build a robot?” may be a question most of us don’t hear in our daily lives, but, as CEO of iRobot, my husband does hear this from time to time. And that’s how the ideas for the Guardian Undersea Robot, (or “Roomba of the Sea”) and Robots in Service of the Environment (RSE) began.

This was another huge “Why don’t you just…?” We could have dismissed it. But its potential to benefit the ocean made this proposal important and appealing. The more we considered it, the more it made sense. Plus, we love to dive—and it was an excuse to dive more often while helping the environment. In that respect, it sounded fun.

It also sounded difficult, to say the least. After all, robotics done well is difficult. We knew it needed to be cost-effective, which is even harder. We decided this wasn’t just going to be a tech project. This was going to be a nonprofit organization with a legitimate business model. To create a real impact, it needed to be sustainable, scalable, affordable, and include an educational component. There were a lot of unknowns. We went over all the necessary questions, and we had to do a lot of research to figure out the business model and economics. It was a struggle, but we were able to make all of this happen thanks to the hard-working team of volunteer engineers and scientists we brought together: Robots in Service of the Environment (RSE). RSE creates robots to, well, aid the restoration of the environment—which brings us to the Guardian.

The Guardian robot is part of our answer to the lionfish problem, and it is not only effective, but it’s also fun to operate. In addition to its camera, power source, and navigation system, the Guardian has a clear chamber that can hold several lionfish. Two paddles stick out on one end. When in use, the Guardian is attached to a boat with a long tether.

First, the robot is released into the ocean. On the surface, the operator uses a video-game-like controller and watches a monitor to navigate toward lionfish. Invasive lionfish don’t acknowledge anything as a predator—not even this “Roomba of the Sea” that sensible species quickly recognize as bad news. When the Guardian is close enough to a lionfish, the robot’s paddles generate an electric field that temporarily stuns the fish. The robot then vacuums the fish into its capture system and plastic tines keep the fish from escaping. It’s pretty easy to vacuum up a lot of lionfish in a short period of time, and you can catch about ten lionfish before you need to bring it to the surface and empty the container.

Inspiring kids is another component of this venture. After all, the next generation will have to deal with all our problems and then some. It’s our goal to make sure they understand what’s going on and get involved to help solve some of these challenges.

RSE, in partnership with Science from Scientists offers school kids design and engineering lessons, invasive species lessons, and demonstrations with the Guardian robot. We’re developing weeklong vacation programs to spark kids’ curiosity. We hope that the kids will spread these ideas to their families and friends and create a lot of engagement and awareness. This is an opportunity for them to connect the dots and make sure they know they are capable of solving problems and there are a million ways to get involved and do some good.

You can get involved too. Whether you’re a roboticist, a computer programmer, a marine biologist, or just a nature enthusiast, there are ways to get involved with RSE. Reach out to us to learn more.

At first, the lionfish problem seemed insurmountable, but things are looking up thanks to people who care about the ocean and are willing to combat the problem. I believe that in time, the lionfish population can be controlled. With RSE, we’re still improving the Guardian’s capabilities and increasing the depths it can reach. We’re happy to be part of the solution and glad we didn’t dismiss this “Why don’t you just…?”

P.S. Did you see Part 1 of this article? Check it out The Ramifications of Listening, Part 1: Considering “Why don’t you just…?”

P.S.S. Want to see me talk about the points in this article? Check out my talk from the Amazon re:MARS event and the podcast interview with Cognilytica.